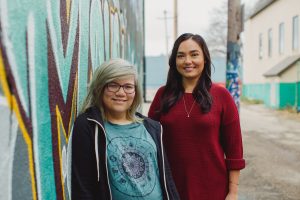 We are very happy to update everyone on what is new and exciting in our programs. We sincerely hope everyone had a safe and enjoyable Holiday Season!

We are also very happy to announce that we are now recruiting and training Teen In-School Mentors from Ballenas, ndss, Wellington and Dover Secondary Schools!

We are also very happy to announce brand new matches in our Community Mentoring Program:

A BIG Thank you to all of our new and current volunteer mentors for donating their valuable time into the life of a deserving child in our community!

Congratulations on everyone celebrating a birthday or a match anniversary!!

We are also very happy to announce that in January we are celebrating a one year anniversary of our program coordinator Taylor, Thank you to her for coordinating all our group and teen in school programs!  Thanks Taylor for doing a fantastic job!

Join the Nanaimo Rotary Daybreak 25 for 25

Winner of the BigBC Lotto

We are now launching our first Play On Group

$5 Bag Sale till the End of August!

Our Agency update on Policies, Programs and Events till further notice.

Thanks for a great 50th Anniversary AGM!

Our Online Store is Live!

Welcome to two new additions to our team!

Come and Visit our Booth

Welcome to our New Brand!

Join us on September 18th at the Bastion

Congratulations and welcome to our new matches!

Thanks to everyone that came out to the Mentor Appreciation Event

Curious Comicon 2019 was a huge success!

Curious Comicon coming up on May 4th!

Join us for our Beer and Burger Fundraiser – Friday June 7th

Join us for our AGM on March 28th!

A BIG Thank you to Country Club Centre!

Winner of the Westjet Raffle

Giving Tuesday is coming up on November 27th!!

Thank you CJ and Dee Dee!!

We will be at the Join One Expo at VIU, Sept 1st

Congratulations Kristi on a 5 year match!

Congratulations on everyone celebrating a Birthday/ Match Anniversary in June!

Our Beer and Burger Fundraiser was a great success!

Join us for our Summer “Refer a Friend” Promotion!

Congratulations to everyone who is celebrating a birthday or match anniversary In May!

Welcome to our new program sponsors!

5 Kids are going to Tim Hortons Camp this year!

A BIG Thank you to our In School Mentors!

A BIG Thank you to our sponsors and everyone that participated in the Facebook Auction!

Thank you to the Rogers Foundation

Vote for us at the 2018 Chamber of Commerce Awards

Looking for Prizes for our upcoming Fundraiser

Congratulations to our Mentor of the Year for 2017!

Thank you to our fantastic Practicum Students!

A BIG Thank you to some outgoing mentors

A BIG Welcome to Kaylin Compton

A BIG Welcome to Colin Bell from Canadian Small Moves

Thank you to the City of Parksville

Thank you BC Recreational Parks Association

Thank you for supporting the Big Online Facebook Auction

Thank you for supporting the Big Bumper Breakfast

Donate your QF Points to our Agency!

New Partner Discount Program for our Bigs and Littles!

Dropping off your Clothing Donations Helps Support our Programs

Get your Gift Certificates!

A BIG Welcome Back and Congratulations to our Volunteer Homebuilders!

Thank you to Country Club Centre